The Head of John Doe 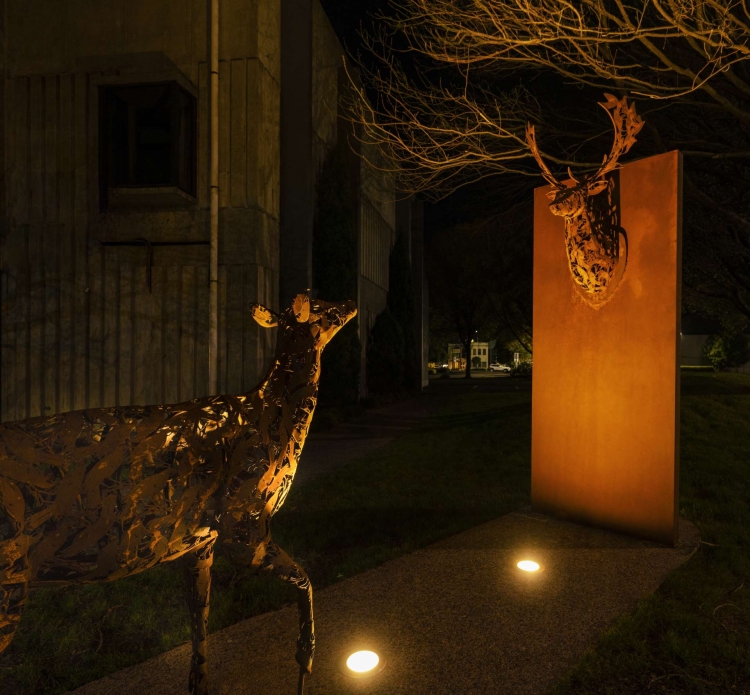 - The trophy head of a buck, fabricated from female huia icons, and mounted on a free-standing wall.

The title of the sculpture, The Head of John Doe, references the deceased or victim as "John Doe"; the trophy head symbolises concepts of victory (conquest) over the natural world.

There is a direct line of sight from the raised head of the doe to the eyes of the mounted buck, suggesting an almost "Romeo and Juliet" relationship.

Sean likes to juxtapose in his work the forms of introduced species with indigenous flora or fauna, reflecting the impact of human contact with the natural world. In this work he chose to model the deer from huia, as the huia "has almost become the artistic poster child of our impact on indigenous species'.

As the last confirmed sighting of a live huia in the Tararua ranges in 1907, huia have a particular significance to this region.

The Palmerston North Public Sculpture Trust and Te Manawa worked together to acquire The Head of John Doe for the city. 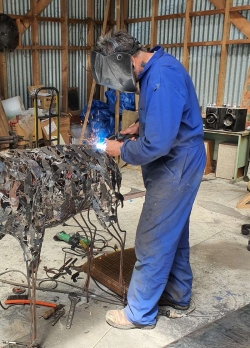 About the artist: Sean Crawford

Sean Crawford is an internationally acclaimed New Zealand sculptor known for having a multi-layered approach to his art.

Whether he is weaving stainless steel into contemporary forms, pursuing what he calls the new ‘Pacific Modern', or exploring ideas about landscape and history in meticulous multimedia, the works speak for themselves.

Sean now lives in rural Carterton, north-east of Wellington, where his studio looks onto the foothills of the Tararua mountain range.

Art and the great outdoors were features of Crawford’s childhood. He could draw before he could walk, or so the family story goes! Growing up in Wellington and holidaying in the Wairarapa, he spent his summer holidays helping out on local farms with livestock and pest control.