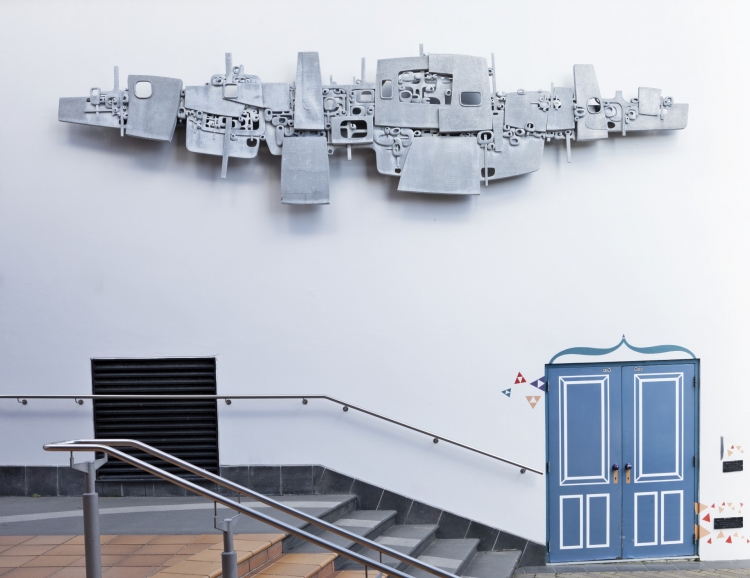 Cityscape by sculptor Guy Ngan was originally made for the Eastern and Central Savings Bank for their premises in Broadway. When the building was sold, at 6 metres long, it was too big for the re-developed interior so was put into storage as an asset of the building owners, the Waldegrave family. It has now been generously donated to the City and is re-installed on the City Library wall next to the George Street steps.

Cityscape is made from cast aluminium by a process involving carving units in polystyrene which are then set in the refractory and cast. The pieces are assembled by careful interlocking and bolting together. On the library wall they have been mounted together on a structural support and back lit with LEDs, replacing the original light bulb fittings used interiorly.

A formal "viewing" of the sculpture occurred on April 20, 2008. It was attended by the artist, now in his 80s, the Wellington curator Heather Galbraith, library staff, the Palmerston North Sculpture Trust members and interested town residents. 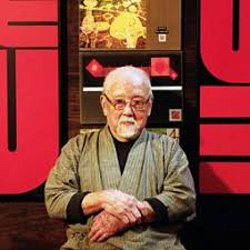 About the artist, Guy Ngan

Guy Ngan has had a significant impact on sculpture in New Zealand. Born in Wellington in 1926 of Chinese parents he attended the Royal College of Art in London and returned home to pioneer the modernist movement. He made sculptures that were colossal in size, mainly sculptural murals on external walls, the most significant from the late 1970s on the Reserve Bank, Wellington and the Newton Post Office (which has now been moved from its original site and was shown at a retrospective at the Wellington City Gallery in 2006). 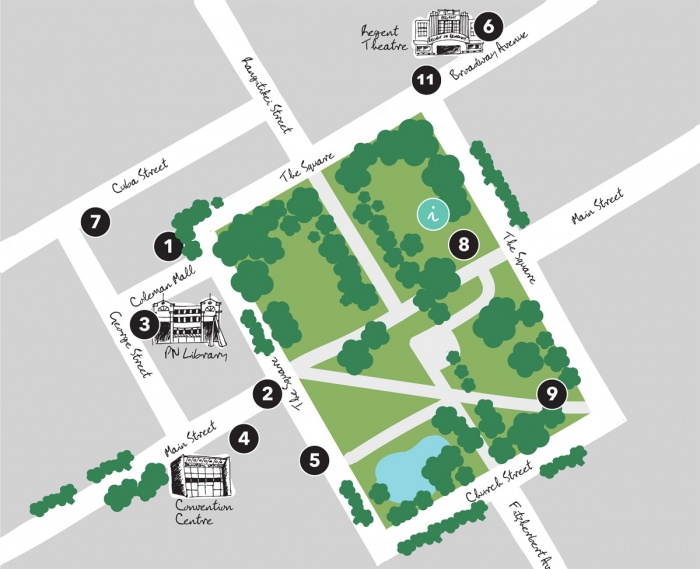